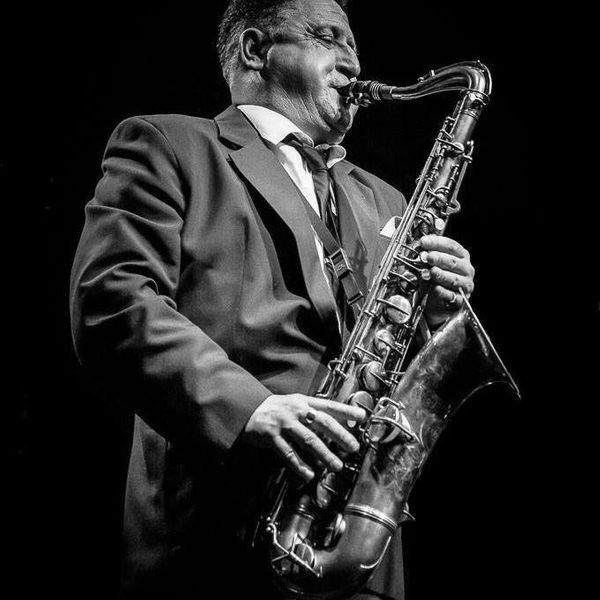 The “UK’s Godfather of Swing”…, London-born saxophonist and singer Ray Gelato is a British jazz, swing and jump blues saxophonist, singer and bandleader. He is known as one of the major forces in the revival of swing music.

Paul McCartney chose Ray Gelato to perform at his wedding, Bryan Adams and Richard Branson requested him for their private parties. Her Majesty the Queen twice asked for Ray to perform for her and her guests. Even Robbie Williams requested Ray to open for him at his Swing When You’re Winning concert at the Royal Albert Hall.

Gelato is considered by many to be one of the last in a long line of the classic jump-jive, swing and jazz entertainers. Expect to hear some foot-stompin’ big band tunes that are guaranteed to have you jumpin’ and jivin’ and leave you feeling uplifted and inspired. Ray and his world class band The Giants deliver a high energy show, a mixture of swing, jazz, jump ‘n’ jive and R&B that are unmistakably the band’s own style that never fails to get a crowd on its feet, stomping its collective feet and demanding more. This, combined with Ray’s fun and original songs, makes for an unforgettable evening that will leave you wanting more!

“Not for nothing is Gelato known as The Godfather of Swing, a sheer delight” – Daily Telegraph

“Taking swing to the masses… sheer fun and enjoyment“ – ​The Times.

Ray has been taking his special brand of swing, jazz and R&B music all over the world since 1988. This multi-talented singer, saxman, songwriter and band leader has appeared at festivals, clubs and concert stages from Brazil to New York City.

Ray Gelato and his world class band, The Giants, deliver a high energy show that never fails to get a crowd on its feet. The Giants perform with the highest level of musicianship; the horn section being acclaimed as one of the finest in the business. Ray has been compared to such greats as Cab Calloway and Louis Prima. In fact, he’s been called ‘one of the last great jazz entertainers’!

Gelato has 10 albums to his name. The Daily Telegraph gave his latest release 5 stars, stating, “Not for nothing is Gelato known as ‘The Godfather of Swing’ – this album is a joyous delight.” His music has also been featured in a number of Hollywood movies such as Inventing The Abbotts, No Reservations and The Perfect Man, and TV shows such as the HBO series Hung, and UK cooking show The Hairy Bikers. Highlights of Ray’s impressive career include sell-out shows at The Blue Note (Milan), the famous Blue Note Club in New York, and of course London’s Ronnie Scott’s where Clive Davis of the Times wrote “Whether he is blowing a romantic Ben Webster-style ballad, or vamping it up on a huge toned, R&B fuelled Boulevard of Broken Dreams, the stylish, sharp-suited Gelato brings an unmistakable physical presence to the bandstand. He is a larger than life character.” Most recently Gelato and the band once again headlined at the Umbria Jazz Festival playing in the main arena to thousands of his long-standing Italian fans. Together, they have just released their first vinyl album entitled The Italian Collection. He also continues his seasonal residency at Ronnie Scott’s which once again promises to be a sell out this year. Ray has produced, starred in and directed two videos. Both based around his original tunes Get Off the Phone and A Pizza You, these have continued to gather YouTube followers and new fans. A very successful collaboration with the wonderful Claire Martin O.B.E. toured UK theaters in 2019, in a show entitled Let There Be Love. But the main event in 2019 was the celebration of 25 years of the Giants band, with the release of a 25th anniversary live album (on vinyl LP including CD with bonus tracks) now released and available from this website, along with many special shows, including a return for a 5-night residency at the Blue Note Jazz Club in Milan in February, plus numerous UK and European dates throughout the year.