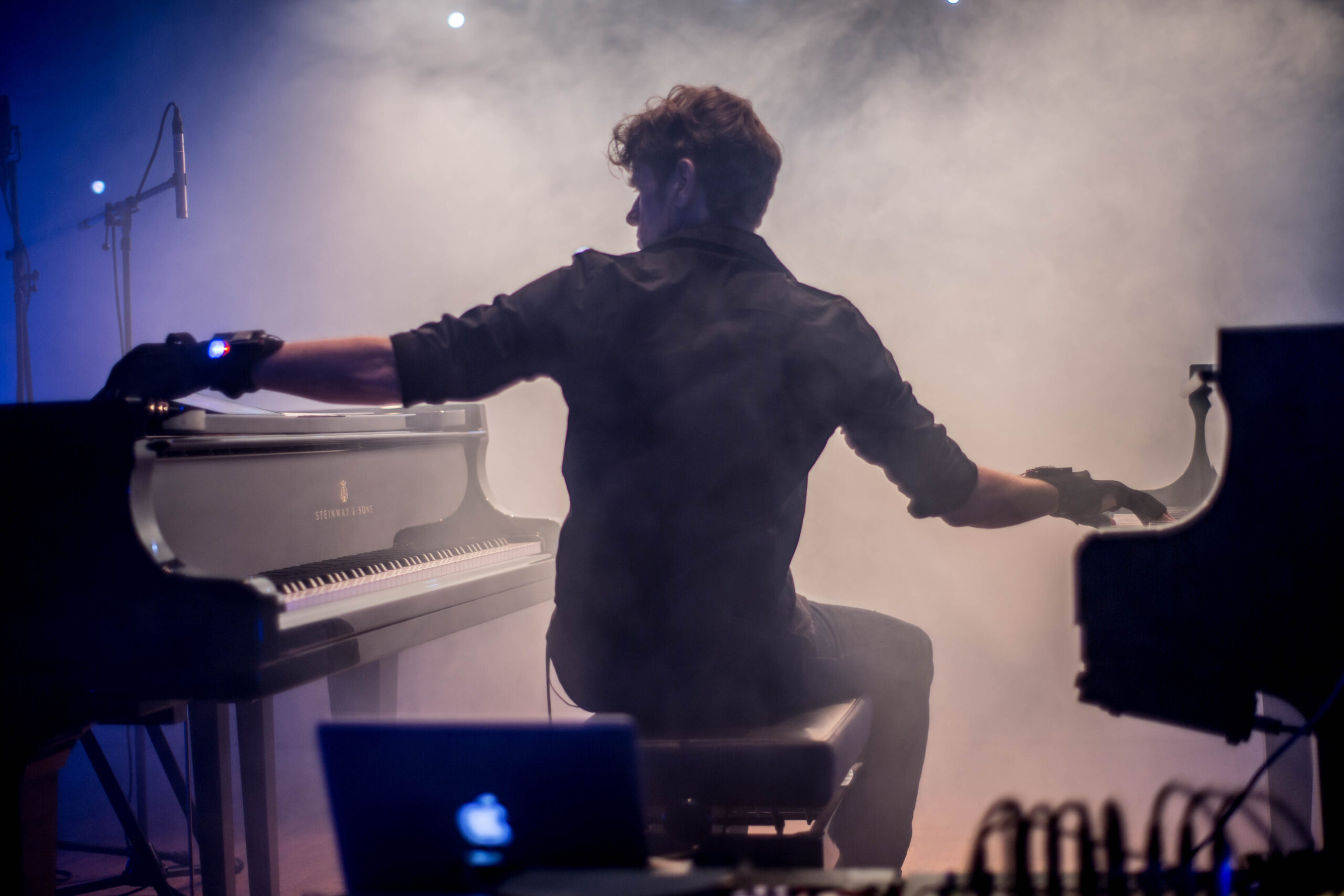 Artist, pianist, arranger and composer Ralf Schmid is one of the most innovative artists in Europe. His futuristic piano project PYANOOK is unique in the world:

He has released six albums with trumpeter Joo Kraus, including the ECHO-winning Painting Pop and the Michael Jackson tribute Songs from Neverland (Number 1 in the German jazz charts). Schmid has conducted the Radio Big Bands of Copenhagen, Hamburg, Berlin, Stuttgart and Frankfurt and produced award-winning albums.

Besides his Big Band scoring, he has written commissioned works for choirs, symphony and chamber orchestras. His music theater A Distant Drum premiered in October 2014 at Carnegie Hall, New York and Bloemfontein, South Africa with violinist Daniel Hope, drummer Jason Marsalis and others. Schmid´s futuristic piano-electro-project Pyanook is unique worldwide and NOT to be missed! Ralf Schmid is professor at the renowned music university of Freiburg, Germany since 2002 where he created his amazing revolutionary project Pyanook which is unique in the world of piano and touches undiscovered pianistic terrain.