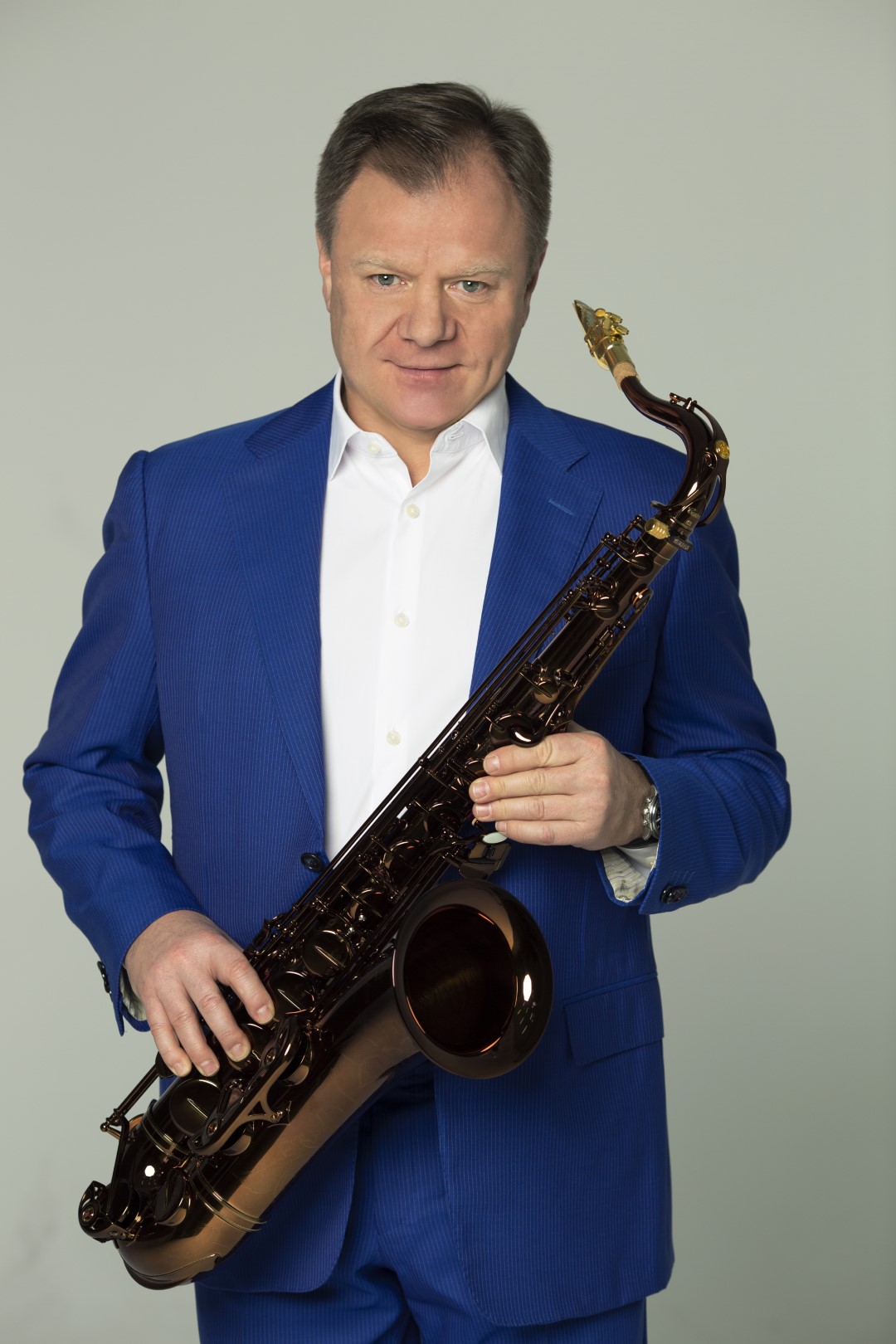 He also created one of the largest and most successful world-class Russian festivals which has become a real cultural phenomenon in Russian music.

Butman`s marvelous coalescence of soul, sound and technique drew praise from American President Bill Clinton, one-time tenor man, at a state dinner hosted by Vladimir Putin at the Kremlin in Moscow. Clinton stated that Igor Butman is “maybe the greatest living jazz saxophone player, who happens to be a Russian”.

Born in 1961 in Leningrad (now St Petersburg), Butman started playing the clarinet at the age of 11. In 1976, he entered the Rimsky-Korsakov College of Music, where during his second year he dropped the classical clarinet for the jazz saxophone. Besides being taught by the remarkable musician and brilliant teacher Gennady Goldstein, he took unofficial lessons from nightly broadcasts of jazz from 11:15pm to midnight on Voice of America.

In 1983, Butman played in Oleg Lundstrem’s big band, the best in the USSR. The following year he was invited by Nick Levinovsky to join the most well-known jazz group Allegro and played with them for three years. In the Soviet Union, a country of over 300 million people, Butman was known as the best tenor saxophonist, coming first in the Soviet Critics’ Polls and recording many albums for Melodiya.

After migrating to America in 1987, Butman went on to major in Performance and Composition at Berklee College of Music in Massachusetts. By the time he arrived in the United States, he already had a ‘fan club’ made up of some of America’s most respected jazz artists. While still in the USSR, Butman had been invited to play with touring American musicians, including Dave Brubeck, Chick Corea, Pat Metheny, Gary Burton, Louis Bellson and Grover Washington Jr, who took Butman ‘under his wing’. Butman appeared as Grover’s special guest in concerts at Chautauqua, New York, the Berklee Center in Boston and at Great Woods Center in Mansfield, Massachusetts. He has also performed as part of Grover’s band several times, including at New York’s Blue Note. He is featured on Grover Washington Jr ‘s Columbia release Then & Now (1988) soloing on Stolen Moments, Stella By Starlight and Butman’s own composition French Connections.

Butman’s big sound and boyish exuberance have earned him standing ovations and many new fans, and his US solo career has moved straight ahead. He led his own group with Rachel Z. at Boston’s leading jazz club, The Regattabar, and has been featured soloist with the Billy Taylor Quartet, the Walter Davis Jr Quartet and the Monty Alexander Quintet. He has appeared on The Today Show, Good Morning America and numerous other international programs.

Moving to New York in 1989, Butman worked with The Lionel Hampton Orchestra. In 1992, he recorded with actor/musician Michael Moriarty’s Quintet the album Live at the Fat Tuesday’s on DRG Records. In Variety’s review of this recording, it was noted that Butman “impressed with a round tone and deft ability at double time efforts and harmonized tightly”.

1993 saw the release of his solo album Falling Out mostly with Butman’s own compositions, which featured no less than Eddie Gomez on bass, Lyle Mays on piano and Marvin ‘Smitty’ Smith on drums and received good reviews in the most respectable jazz magazines. The following year Butman collaborated with Partners in Time, joined by Gary Burton, in the recording of their album Equinost (Intersound).

That year, Butman moved back to Russia and during the following years he became ‘a jazz bridge between Moscow and New York’, playing with Eddie Gomez, Lenny White, John Abercrombie, Joe Lock and many other musicians.

Especially pleasing to Butman’s admirers was his new solo album Nostalgie which was recorded at RPM Studio in New York and released on Soyuz label in Russia in 1997 with Ira Gitler commenting that “Butman showed the fire and depth of his world-class improvisational talent”. Butman’s videoclip Nostalgie has reached the second position on Canadian TV channel Bravo!Canada.