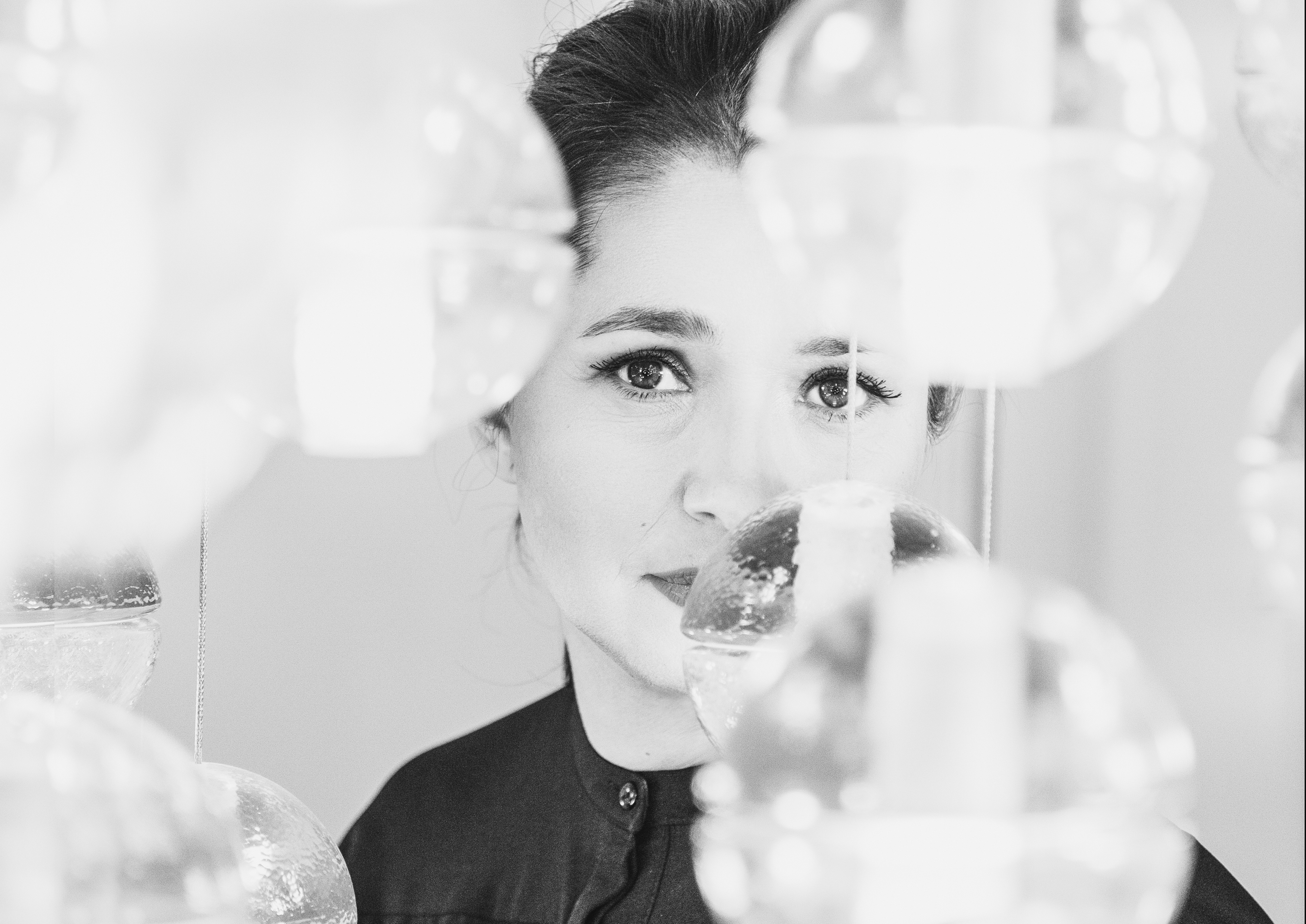 Praised as a “voice to kneel down before” and “a jewel of European vocal jazz” by the press, multiple award-winning jazz vocalist, guitarist and composer Céline Rudolph amazes with her unique effortless moves between musical worlds of Jazz, Chanson, African and Brazilian rhythms.

In 2010 Rudolph won the Echo Jazz award as Best German Female Vocalist of the Year for her album Metamorflores. The album Obsession reached the annual list of the German Critics Award ‘Preis der Deutschen Schallplattenkritik’, and she won the prestigious German Jazz Award ECHO JAZZ 2018 for best jazz vocalist.

As a French/German citizen and Berlin-based singer, composer and guitarist, Céline Rudolph expresses herself perfectly in multiple languages. Gliding between the musical cultures of Latin-America, Africa, Europe and the USA, Rudolph tends to incorporate a multitude of different styles in her music, often within a song. She makes this known not only through the music but also through the lyrics, “I write a song that starts en français—that takes an English detour to rhyme with amour.” A real 21st century artist!

Since 2015 she has collaborated with New York based Beninese guitarist Lionel Loueke having recorded the duo album Obsession together. Besides this very successful duo project (“from heart to heart”), Céline Rudolph performs with her own band. She also started a new solo programme called SoniQ with songlines combining her vocals with loops, effects, percussion and guitar.

“Music is like breathing, it was there ever since I could remember,” Céline Rudolph says and recollects how her father always played a break when jamming on the guitar, so that there was a space for his children to create improvised lines or percussive fills. Born in Berlin and raised with her parents’ rich record collection, the daughter of a Frenchwoman from Bordeaux and a cosmopolitan musical enthusiast from Berlin started singing along to an LP from João Gilberto performing the Brazilian classic Rosa Morena to an LP at the age of five. Her mother was singing French chansons to her at home, while Céline learned to play Nat Adderley’s WorkSong on her recorder. She picked up the piano and started composing as an autodidact, then started writing French songs on the guitar, which became her main tool of expression. In short: multi-path orientation was on the cards from the very beginning. After university studies in Rhetoric and philosophy, she realized that music exerted a much stronger pull, so she switched to a degree in Vocal Jazz and Composition at Hochschule der Künste Berlin with mentors David Friedman, Jerry Granelli, Kirk Nurock and Catherine Gayer. Soon, she plunged into African music and studied with the percussionist Famoudou Konaté in West Africa. Her love of Brazilian music led her to São Paulo where she met Rodolfo Stroeter who produced three of her albums and four tours across Europe and Brazil so far: The albums are Brazaventure, Metamorflores (enja records) and Salvador (Verve, Universal).