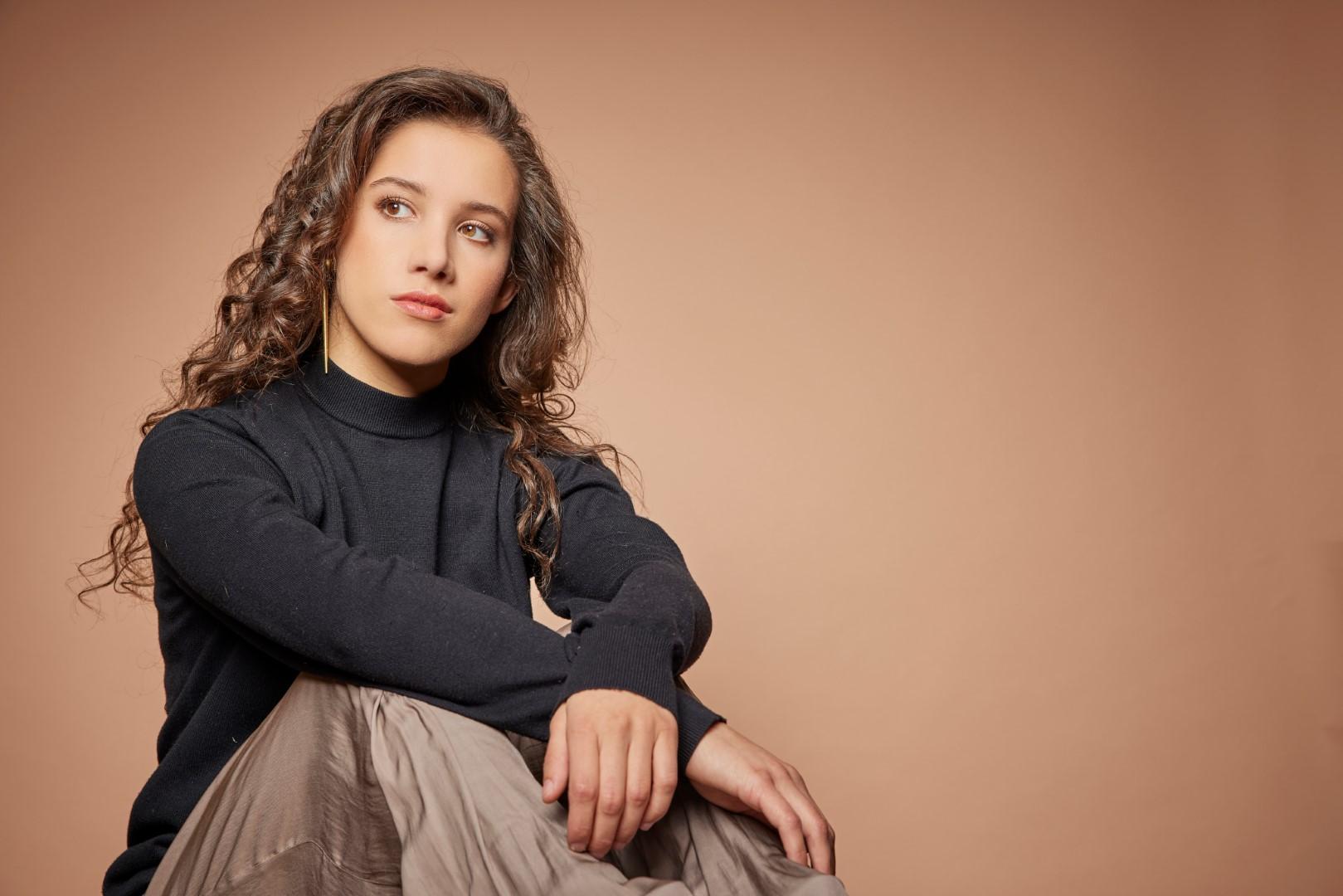 “One of the greatest singers on the German scene”

Alma Naidu is an award-winning singer, composer and lyricist based in Munich, Germany. She was described as ‘one of the most promising singers on the German scene’ by Süddeutsche Zeitung, the magazine Jazzthing praised her ‘delicate, wonderfully clear voice with absolutely perfect intonation’. The renowned drummer and producer Wolfgang Haffner recognized her talent immediately; he discovered Alma in 2019 and introduced her on his album ‘Kind of Tango’ (ACT, 2020).

After studying jazz at the University of Music and Theatre in Munich from 2016, she then spent a year at the Royal Academy of Music in London, where she studied with the renowned singer and ECM artist Norma Winstone.

In early 2022, her self-titled debut album ‘Alma’ (translates to ‘Soul’) was released, on which Alma Naidu almost exclusively presents music that she wrote and arranged herself. The twelve songs are based on a core line-up of drums (Wolfgang Haffner), bass (Claus Fischer) and keys (Simon Oslender), prominently complemented by top-class guest contributions from Nils Landgren and Dominic Miller, among others.