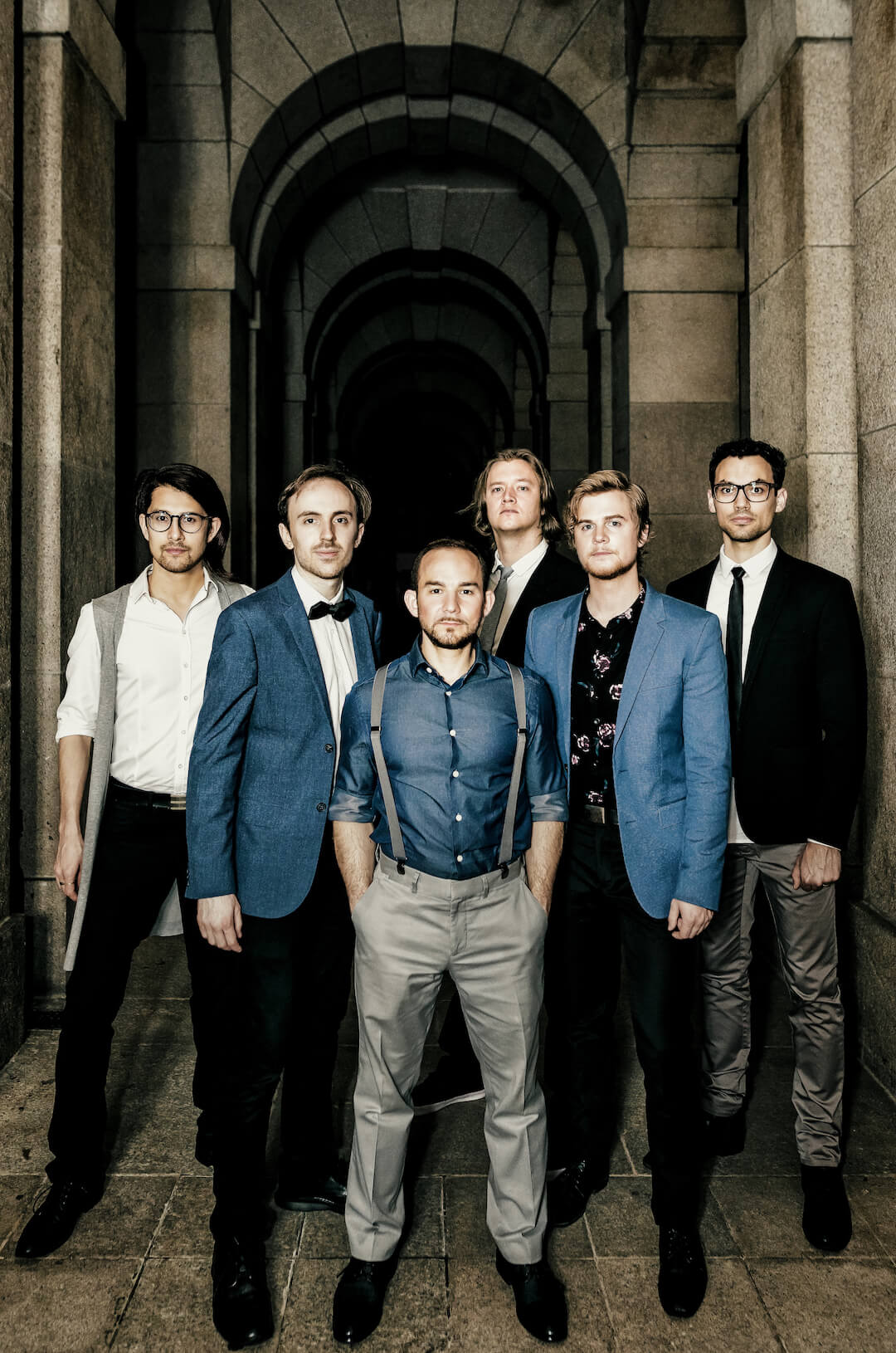 Accent – an a cappella group

Six young vocal jazz pioneers from 5 countries and 2 continents, who started as an internet collaboration, took to the music community immediately.

“One of the most amazing young vocal groups on the planet”
– Jorge Calandrelli (Grammy award winning composer, arranger and orchestrator).

Nothing says ‘harmony’ like coming together across international borders. Drawing inspiration from the vocal jazz pioneers who preceded them, Accent is forging a new path, melding jazz, pop and contemporary a cappella into one sound.
In the increasingly popular world of a cappella singing groups, Accent has carved out its own niche. Inspired by the wizardly jazz harmonies of TAKE 6 and, before them, The Hi-Lo’s, the six members of ACCENT, all of them accomplished arrangers and instrumentalists in their own right, are taking their love of close-harmony jazz singing – the denser and more intricate the better – as far as it can go.
The improbable meeting of Jean-Baptiste (JB) Craipeau (France), Simon Åkesson (Sweden), Danny Fong (Canada), Andrew Kesler (Canada), James Rose (United Kingdom), and Evan Sanders (USA), six self-described ‘jazz vocal nerds’, could only have happened in the age of social media. After becoming long-distance fans of each other’s multi-tracked videos on YouTube, they joined forces in 2011, collaborating online on songs and videos.
Since then, they have released five albums, performed at the London A Cappella Festival, played dates across Europe, North America and Asia, and were featured in a sold-out Christmas show at London’s Royal Albert Hall. Their singular blend and arrangements have been acclaimed by a cappella devotees and fellow musicians alike, including Cedric Dent of TAKE 6 and Clark Burroughs of The Hi-Lo’s.
Their new EP Journeying reflects a moment in time as the group explored new sounds, textures and production approaches during the lockdown of 2020. Entirely arranged and produced by baritone James Rose (under the moniker Brave James), Journeying juxtaposes Accent’s strong and familiar vocal group stylings with healthy doses of pop, jazz, electronica and dance music. It features stellar guest contributions from Women of the World, Trey McLaughlin and standout finalists Resound from America’s Got Talent.
Christmas All the Way is Accent’s latest full-length album project. Their earlier releases are master works of jazz vocal harmony. On Christmas All the Way, the group worked with some of the top instrumental arrangers in the business including Jorge Calandrelli, Gordon Goodwin and Nan Schwartz. The result is an expanded musical palette in addition to Accent’s usual impeccable a cappella fare. As an ensemble, their lush sound is embellished by their deep and innate musicality. There are no divas in the group. Accent’s work is a collective effort that focuses on their tight arrangements and concerted sonority.
As Alan Paul of The Manhattan Transfer said, “You guys carry on the vocal group legacy.”