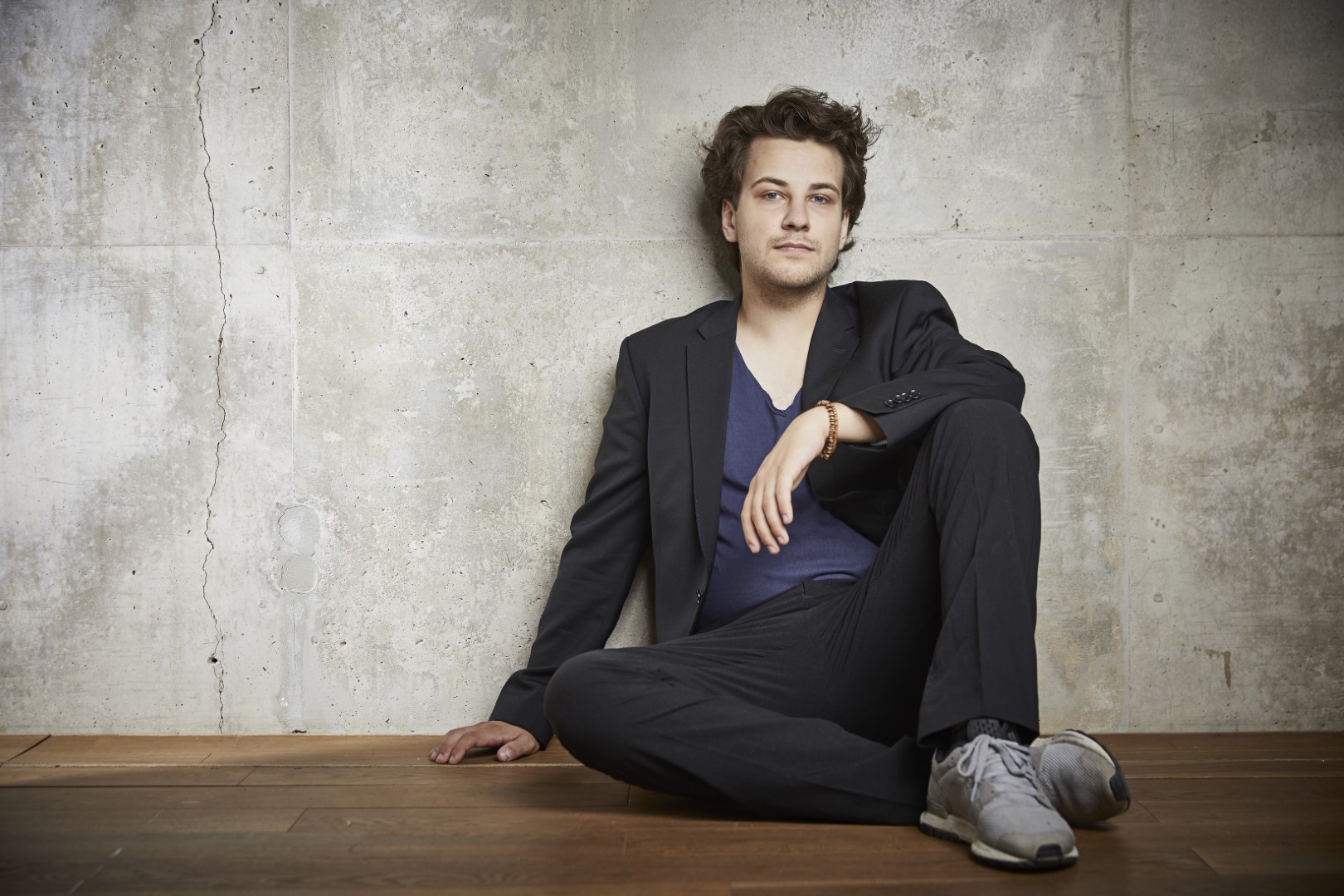 Simon Oslender (pianist, Hammond organist, keyboardist and composer) is a German ‘Wunderkind’, a tremendously talented young artist and already a world star at 23 years of age. He fascinates musicians, audiences and critics alike with his own fresh signature sound, full of energy, funky grooves, elegant melodies and an unstoppable joy in performing. He has a mature feeling for timing and how to use it or (more importantly) when to refrain from doing so.

Despite his young age he is a member of Bill Evans band, Wolfgang Haffner’s band and has worked with Randy Brecker and many greats in jazz. Simon performed with WDR Big Band at the young age of only 15, and with the Metropole Orchestra three years earlier! Known as long-time partner of Dutch drummer Jerome Cardynaals from their duo Oslender & Cardynaals and as organist and keyboardist for the energetic soul/funk band Pimpy Panda.

His debut album About Time released in January 2020 features his regular band plus special guests Evans and Brecker. Produced by iconic keyboardist and producer Ricky Peterson, it´s a brilliant debut released at the right time in Oslender’s career. A large-scale party that moves seamlessly between funk, jazz, fusion, soul, blues and pop cementing his framework with colorful voicing and nimble rhythmic embellishments.

Born in Aachen, Germany on March 26, 1998, Oslender quickly developed musical interest. Inspired by his father’s drumming and his mother’s singing he had a strong connection to all kinds of music right from the start. It didn’t take long for him to abandon children’s music and dive into the world of his father’s record collection which consisted of classic rock, blues and soul music.

Oslender began playing the drums at the age of two and, just a couple of years later, discovered the Hammond B3 organ when his father brought home a recording of John Mayall and the Bluesbreakers with Tom Canning on organ. Oslender was hooked after hearing the first couple of notes – it was the start of a deep connection to the organ and its musical surroundings.

During the first couple of years after his first encounter with the Hammond Organ, Simon developed his musicality by playing along to blues records by ear, eager to figure out what it was that his heroes played on the recordings. His progress was rapid and by the time he took his first classical piano lessons at the age of 8 he was already a capable blues pianist/organist and had gained his first experience playing in several local bands.

In the following years, Simon acquired more experience playing in local Big Bands and several other jazz ensembles in Germany and the Netherlands, won a number of Jazz awards and worked with great teachers and mentors, most notably one of his favorite pianists, Frank Chastenier.

Still at high school, 2010 was the year Simon started playing professionally at the age of 12. He teamed up with his close friend, drum virtuoso Jérôme Cardynaals and formed Twogether. The duo instantaneously won 3 awards at the prestigious Prinses Christina Jazz Concours in Amsterdam which served as a strong career start. In their 10 years of playing together, the dream team of Simon and Jérôme has toured all over Europe, worked with various greats of the Jazz world (Dr Lonnie Smith, Nils Landgren, and others) and produced two critically acclaimed albums.

At the same time, these events started Simon’s career as a solo artist. At the age of 21, he toured all around the globe with some of the most acclaimed artists in the music business with the mission to make the world a more soulful place and spread love through music.

In 2020, it was time for Simon’s first release as a leader. His debut album About Time was released on January 31st, 2020 on Leopard Records. It consists of Oslender’s brand new original compositions which also feature an exciting cast of special guests: Randy Brecker; Bill Evans; Wolfgang Haffner; Christopher Dell and Ricky Peterson (also appearing as co-producer) are among the ones that helped make Oslender’s dream a reality.